A history of chillout music 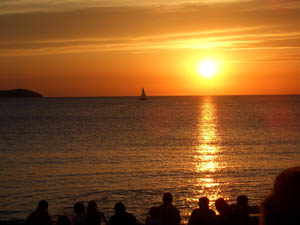 Usually separated from the dancefloor, the 'chillout area' started to appear in clubs following the dance revolution of the early 1990s, as electronic dance music began to migrate to clubs following the outdoor rave scene of the acid house era. The introduction of these rooms to dance clubs may have been partly due to a code of conduct introduced in Manchester, UK at the end of 1992, which specified that clubs should provide seating in a quieter area along with free drinking water or risk losing their licences (source: The Independent, 16 December 1992). At the same time, as house music was evolving and incorporating elements from the rave scene, some producers slowed down the beats and used synths and samplers to create melodic soundscapes. Commercial examples of this sound include The KLF with their reworked version 3am Eternal, reaching UK Number 1 in January 1991, and The Orb's Little Fluffy Clouds, released in 1990. This style could be seen as a forerunner to both chillout and trance. By 1992 - 1993, artists such as The Orb were producing an even more chilled, experimental version of this style on tracks such as Blue Room. Some producers started taking the idea further and dropped the beats altogether, concentrating on more minimal, electronic textures. This music became the modern version of 'ambient', a term which had been around since the 1970s to describe a sparse and minimal music blending into the background.

The mid 1990s saw a growth period for ambient music, and early chillout rooms began to play this music which was ideally suited for a relaxation zone within a club. Ironically, perhaps part of the reason why this music became popular was because the majority of dance music was becoming faster; at the start of 1992, many rave DJs were playing a mixture of breakbeat hardcore and techno at 130 - 140bpm, while by the end of 1993 many of the same DJs were playing early jungle and drum and bass at 160bpm. Even house music had become faster, from 120 - 125bpm when acid house first took hold in the UK in 1988 up to 140bpm as genres such as speed garage and hard house began to diverge around 1996. During the same period, the Criminal Justice Act of 1994 came into force, prohibiting outdoor gatherings where amplified music is present, especially music "wholly or predominantly characterised by the emission of a succession of repetitive beats" (source: BBC), which had the effect of forcing the remains of the outdoor rave scene into dance clubs. As the clubs opened later to simulate all-night rave events, many people were no longer able to dance solidly until closing time and welcomed the introduction of the chillout room, which enabled tired ravers to take a break.

Ambient music also merged with other genres such as jungle; in 1994 and 1995, early drum and bass music was built around jungle breakbeats with ambient pads and textures. During the mid-1990s, ambient began to diversify, as did the chillout room itself; a drum and bass club might play ambient drum and bass and downtempo breaks in its chillout room while a house club might play ambient house. Pure ambient music began to take a lower profile, and the soothing drones of single pads with no backing rhythm became the preserve of more experimental labels, being replaced by more genre-specific variants of chilled dance music. Whilst early ambient music was experimental, as its popularity grew with clubbers, so its sound became more mainstream.

Ibiza also played a part in the development of chillout music. In its height of popularity as a clubbing holiday destination, UK club promoters would travel to the island with their DJs and put on sets until sunrise. As people were on holiday and didn't need to leave the club to prepare for work, a 'chillout' DJ would be put on the decks to allow clubbers to unwind as the sun rose, playing slower, gentle electronic music. Perhaps the best known chillout venue on Ibiza is the legendary Cafe Del Mar bar, which has specialised in promoting 'music for sunsets' and has released chillout compilations since 1994 (source: Cafe Del Mar). By 2001, uplifting, melodic synthesizer-based downtempo music was being played in the chillout rooms of many UK clubs to accompany the main room trance sound popular at the turn of the millennium. This music featured the trademark trance pads and even arpeggios, but was often accompanied by either a downtempo beat or occasionally no beat at all, as in Michael Woods' remix of Saints and Sinners' Peace.

While all this was going on, some producers were going in a different direction. In 1994, the genre of 'trip-hop' emerged as a combination of slowed down breakbeats, hip hop tempo, but usually without rap. Trip-hop also had elements of drum and bass, ambient and jungle thrown in: it was originally very much a British genre. Bringing this genre to popularity were artists such as Portishead (named after a small town near Bristol), Tricky and Massive Attack. Leftfield, who were primarily a house act at the time, even got in on the act with their Leftism album from early 1995. 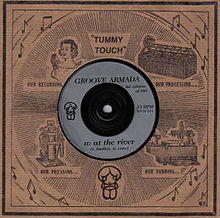 Trip-hop wasn't necessarily relaxing like ambient music; it was often moody and dark. The one thing it did have in common with ambient music, however, was its slowed-down tempo. An interesting thing about trip-hop is that, while the name of the genre is hardly used today, the slowed down electronic and sampled beats gradually merged with other genres to such an extent that by the turn of the millennium, pop, rock, dance and even folk artists may use beats that were originally the preserve of trip-hop artists. An early example of trip-hop combining dark hip-hop beats with chilled elements is Rob Dougan's Clubbed To Death, which was originally released in 1995 and gained widespread popularity in 1999 after being used in the popular movie The Matrix. This track featured prominently on the chillout music compilations of the early 2000s alongside Cafe Del Mar style chilled trance, illustrating the diverse styles associated with the genre. Slowed down trip-hop beats soon found their way into more uplifting tracks, such as Groove Armada's At The River, released in 1997 and climbing into the UK Top 20 on its re-release in July 1999.

Another development was a trend towards melodic instrumental electronica. Towards the end of the 1990s, artists as diverse as 4 Hero and Moby were playing around with incorporating acoustic sounds into electronic styles. 4 Hero's Two Pages mixed orchestral strings with drum and bass in 1998. Moby's hit album, Play, combined piano, strings and gospel choirs to create downtempo dance music. Moby is sometimes labelled as a chillout artist, although those who have listened to his music for long enough will recognise that he defies categorisation. 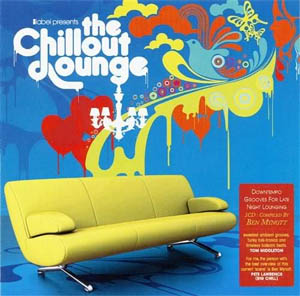 Around the turn of the millennium, record companies looking for the next 'big thing' to market jumped upon these converging styles and by 2001 dozens of chillout compilations were in high street shops, featuring a mixture of ambient, downtempo, instrumental electronica and trip-hop, with pictures of beaches and sunsets on their covers. Perhaps one of the reasons that chillout now covers such a broad range of styles is that, unlike other genres such as trance, people wouldn't normally go to a 'chillout' specific club. Some chillout, especially the ambient variety, is hard or impossible to dance to, so its purpose is more for listening; this makes it accessible to a wider audience than just club-goers.

By the end of the 2000s, the type of material featuring on mainstream chillout music compilations had become even more diverse, and chillout began to be a reference for any contemporary downtempo music; rock band Coldplay's Trouble appears on the Ministry of Sound Chilled II album released in 2009, alongside Daft Punk's uptempo electronic house funk track Digital Love, for example. During the last decade, elements from trip-hop, instrumental electronica and trance have been incorporated into modern pop music, such as slowed down drums, synthesizer pads, arpeggios, heavily reverbed acoustic guitar and strings, and the backing music to many contemporary downtempo chart tracks could fit the chillout genre. In the last decade underground chillout music has continued to develop and has explored new directions, taking influences from lounge and jazz music. A good example of contemporary chillout grooves can be found on Ben Mynott's Chillout Lounge compilation series.