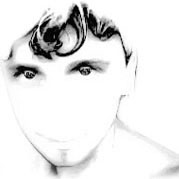 Project Fioko began in July 2008 with Fioko's first psy-techno release Psycho on the Russian label Altai Records. The release made an impression on Internet radio Still-Life and in a week Fioko was on air with a set made of his own tracks. In October Fioko released two albums: Intimacy (Otium NetLabel, Russia) and Fioko's Kitchen (Electronic Kitchen, Germany).

From the beginning of 2009 the Fioko has worked with the Royal Tracks record label (Ukraine). The Ecstasy release was published on April, 23rd, 2009. The album consists of the original track Ecstasy and five remixes by known DJs such as Incognet, Anton Sever and Max Freegrant. Fioko continues to work actively with Royal Tracks and some more releases will be published in the near future.

Fioko joined Toucan in June 2009 to release his six track E.P., with Baby Crying going on to feature in the top ten Toucan downloads for that year.