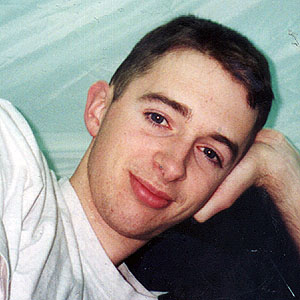 Kristian Davies first joined Toucan (then Frantik) in 1996, and begun his musical career as Excelsior (a name he took from Star Trek) with a hardcore track called "The Great Experiment". A year later he came into the spotlight again with the piano orientated hardcore track "Dipsomania". A Prism remix of "Dipsomania" featured on the successful compilation Pink Album in late 1997.

Between 1997 and 1999, Kristian took a more low profile role at Toucan, and concentrated on selling albums and promoting the music. Kristian returned as Excelsior in July 1999 with the commercial trance piece "Why Not", and in March 2001 finished his first track of the new millennium, "Tranquillity Rising", one of the more high profile tracks of the year.

Kristian returned in 2002 with his first chillout track, called "Fire and Ice". Although not as well known as "Tranquillity Rising", it finished 8th in the Toucan Chart of 2002. The track was later remixed by Psychadelik Pedestrian in a chillout style, who also remixed "Tranquillity Rising". Since 2002, Kristian's taken an extended break from the music scene, and has since also become a dad.

Excelsior's "Why Not" is the longest lasting Toucan Music track online, having been first uploaded to MP3.com in January 2000 and being available on various sites ever since. A remastered version of the track was uploaded in January 2004, and a harder JMD remix was produced later that year. Although a lot of older tracks have now been remastered and are back online, "Why Not" is the only track to have been continuously available since January 2000.